Reviews of my Work

Steven Paulsen’s The Stray Cat is an excellent example of macabre writing, while Shaun Tan’s illustrations, using graphite pencil, pen and ink, are worthily sinister [and] contribute greatly to the story’s atmosphere.

The Stray Cat is unforgiving in its pursuance of the macabre. While the reader is aware that all is not right in this household from the moment the cat enters it, the fast-moving and evil conclusion will surprise even the most hardened young reader.

The After Dark series provides an avenue for young readers to probe the genre of horror fiction. It is a series rich in imagery and captivating tales that will undoubtedly encourage even the most reluctant reader to explore the excitement of reading further.

All the stories [in the After Dark series] are strong, dramatic and chilling. They are rich in symbolism and meaning. They are well crafted and feature a range of story structures from simple narratives to complex multi-layered plots. After Dark offers the promise of heart-stopping, spine-tingling drama and it doesn’t disappoint. Creatures from the sinister feline in The Stray Cat to the furry monsters which will have arachnophobes crawling up the wall in The Giant Spiders.

The four After Dark titles presented for review comprise one work by [Gary] Crew, several by names new to me, and The Stray Cat, by Steven Paulsen, a writer familiar to Australian SF readers … Of the writers, Crew is less sparse and somewhat more conventional than in his other writing – therefore a bit of a disappointment. Lawrance’s story shows a formidable thriller writer in the making; Measday’, I suspect, would be the most popular work with the age group. The text with the real edge, though, is Paulsen’s, which is creepy enough to cause ailurophobia.

‘Worth purchasing for the feature articles on early Australian SF and fantasy, comics, radio, television, dark fantasy and feminism alone, but one gets so much more. . . Useful and entertaining, this has appeal beyond a specialist readership.’

‘As the first and only guide of its kind to be published in Australia, it is the perfect handbook for anyone interested in Australian speculative fiction of all kinds. Whether one is new to the genre and is seeking some guidance or an old hand checking what has been included, or simply interested in a general anthropological sort of way, there’s much to detain and interest the reader. . . a landmark in Australian literary history and publishing.’

‘This book . . . is an excellent and interesting resource, with alphabetical listings of writers and their works, plus essays on various topics, such as indigenous mythology 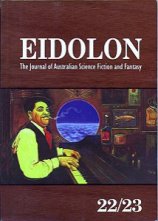 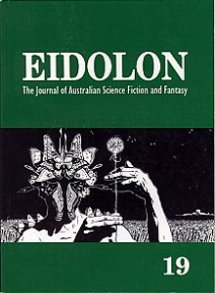 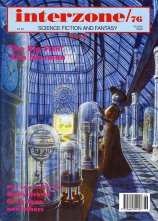 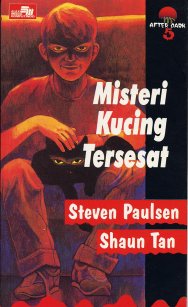 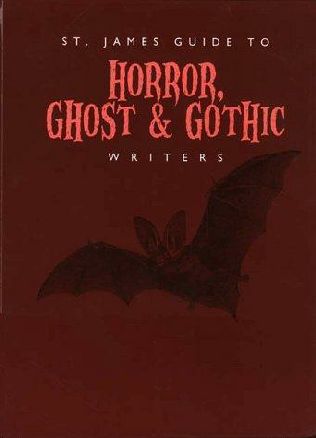